Another thing the R1S has more of than the R1T, though, is competition. There are still few electric pickups available, but electric luxury SUVs are much easier to find from established brands like Tesla, Cadiillac and BMW, and even more are on the way.

The Rivian R1S does have the benefit of — perhaps unintentionally — brilliant timing. Interest in outdoor adventuring has been increasing in recent years and all sorts of automakers have been scrambling to roll out more outdoorsy versions of their trucks and SUVs. Honda, for instance, has made over much of its truck and SUV line-up to give it a more rugged look. Subaru has come out with “Wilderness” editions of its Outback and Subaru models with extra-high suspension and more protective black plastic around the fenders. Even Mazda, known far more for on-pavement driving, now has the CX-50, a more outdoor-styled sibling to the CX-5 crossover.

Most other luxury SUVs, electric or not, make little pretense of being able to tackle anything more challenging than a snowy or unpaved road. The R1S is marketed as an electric alternative to rugged SUVs with truck-like engineering like Range Rovers and Jeeps but with technology that makes clambering over boulders relatively easy.

Rivian’s entire electric vehicle brand is built around the “outdoor lifestyle,” with a luxury “glamping” edge. The interiors of Rivian’s rather expensive vehicles feature elegant unfinished wood trims. The R1T pickup features a unique “Gear Tunnel” that runs the width of the truck underneath the cargo bed with a door on either end. One optional accessory to go in it is a cooktop with a complete set of cookware, metal plates and flatware that slides out of the gear tunnel ready for camp cooking.

The R1S SUV has nothing as tricky or unique as the Gear Tunnel, but it has the same general aesthetic, including the cartoon robot face with friendly looking oval “eyes” around the headlights. I drove a roughly $95,000 R1S on paved roads out to a rugged off-road course in New York’s Catskill Mountains. On the road, with big 22-inch wheels and Pirelli tires designed mostly for pavement, the R1S had a mildly firm but controlled ride. Particularly given its size, it handled curves nicely partly thanks to fancy hydraulic suspension technology shared with McLaren supercars.

Like a lot of SUVs, the R1S has a variety of “driving modes” for different situations and road surfaces, or lack thereof. They can be selected through a touch-screen that controls — annoyingly — just about everything on the vehicle. The default All-Purpose mode provided a satisfying combination of comfort and controlled handling even on winding pavement. Sport mode lowered the SUV’s body closer to the ground, stiffened the suspension, and made the accelerator respond more quickly, making the SUV feel even faster and much lighter than its actual weight of more than two tons. There are also Rally and Drift modes that allow for high-speed driving and sliding fun on dirt roads.

A lot of power from four electric motors — one driving each wheel — also helps with that. With a total of 835 horsepower, the R1S accelerates outrageously quickly. The company claims it can go from a stop to 60 miles an hour in three seconds, which, based on my driving experience, seems believable if largely unnecessary. Certainly, it will accelerate as quickly as you might ever need it to. While it’s certainly more power than most other SUVs, the advent of big electric vehicles that can pack in lots of batteries has made these sorts of ridiculous horsepower figures less interesting. At some point, there’s just not much real benefit to another 200 horsepower.

After arriving at the private off-road driving course, I switched over to an R1S that had 20-inch wheels and more off-road capable tires. I headed onto a muddy trail that went through steep climbs, deep ruts, sudden descents and involved driving across slick, partly submerged rocks. The R1S can lift itself up on its wheels to get up to 15 inches of ground clearance — and, with no need for an engine to breathe air, it can drive through as much as three feet of water, according to the company. (I drove through water, but can’t confirm three feet.)

The R1S handled the rough terrain easily, as did an R1T I drove on the same trail. This is where having one motor for each wheel helps the most, Rivian engineers say, allowing the vehicles to precisely apply power where there is the most traction available. As with a Range Rover, Lexus LX 600 or Jeep Grand Wagoneer, all this off-road capability in a nearly $100,000 SUV is almost certainly overkill. It’s hard to imagine any owner putting that sort of investment through the kind of hazards I braved but, if you care, be assured that it can do stuff you will probably never want to attempt.

I drove back to my hotel in the same off-road tires I had taken through the woodland trails. The difference from the more pavement-friendly tires was notable. The more rugged tires were louder on the road and the SUVs steering felt less responsive.

My main issue with the R1S, as with the Rivian R1T pickup, remains its over-reliance on that big touch screen for seemingly everything, including adjusting the steering wheel, side mirrors and stereo volume. Even the air vents must be aimed using the screen. The interior is very nice overall, with attractive materials that are well assembled and, as in the truck, a removable Bluetooth speaker that slides out from under the center storage bin. The reliance on the screen also means Rivian’s interior designers didn’t have the challenge of having to incorporate knobs and switches, or trouble themselves over their appearance and feel. Overall, though, the interior still ends up looking nice and not, as on Tesla models that are also dominated by a screen, just barren, as if things are missing.

There is a third row of seats in the SUV that, like the third row of seats in most SUVs, is probably not going to be a favorite with passengers. Someone can sit there, sure, and it won’t be awful — but it’s not exactly luxurious. More comfortable seats would require a longer vehicle though. The R1S is considerably shorter than, say a Cadillac Escalade, with its relatively capacious third row, but the trade-off is better maneuverability around trees and boulders off-road.

The Rivian SUV will face more direct challenges than its sister model, the R1T pickup. Designed and marketed largely as a camping tool, the R1T is a niche product, but at least it’s a distinctly different sort of vehicle from, say, the Ford F-150 Lightning, a work truck. Ford will sell far more Lightnings than Rivian does of its truck but at least the Rivian truck will have its dedicated audience. The R1S will soon face electric SUVs from the likes of Range Rover, a brand known for precisely the sort of rugged luxury Rivian boasts of. I have to wonder how Rivian will make itself stand out, but at least the R1S provides an excellent starting point for the difficult path ahead. 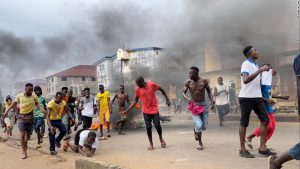 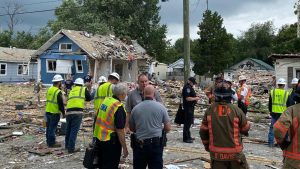 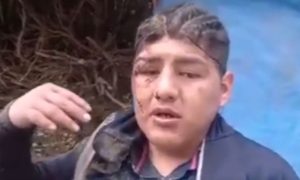